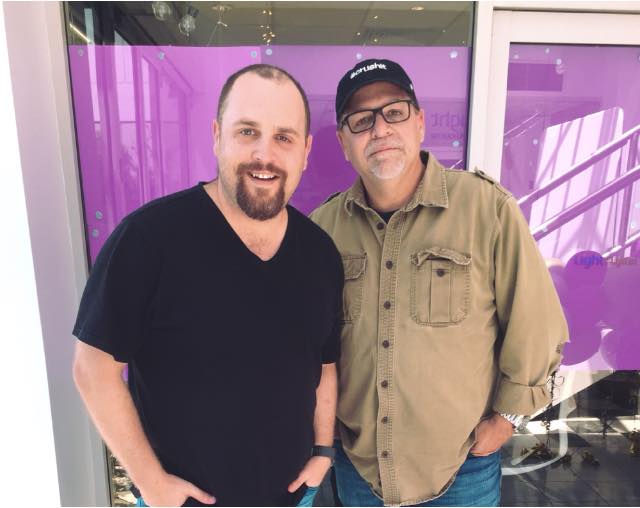 For the first time in the history of the Air Heads Podcast we stepped beyond the borders of Australia and I invited Bill Scott from Share Media (USA) to have a chat to me about Fundraising on the radio. All though a rarity radio in Australia leans on fund raising for special events like Bush fire appeals and Kids Hospital telethons and this week on the podcast we chatted with the elite in fundraising!

Bill travels the world teaching people how to fund raise on the radio and was happy to share some tips with Air Heads Radio!

Well , you want an overall goal, maybe say it’s $100,000 but you’re not going to start in the morning and go from 0 to 100,000 Simply not gonna happen. It’s gonna sound very boring and there’s no urgency to it . You definitely want goals in the hour and to me the more deadlines you have , the more calls you get , What I mean by deadlines we like .

“You know what ? We’ve gotta find 15 listeners in the next two songs that would jump on at whatever gift you’re looking for it $100 . Ah , hey , in the next three songs , looking for 50 people and that number changes , you know , depending on your audience. OK , three songs and people will react to that . If you don’t do that and say , Well , Lets’s see how many can we get this hour ? It’s boring . There’s no urgency .

You have to give a deadline to encourage listeners to give, Man , I can’t believe we’ve had three out of the five people call . We’re down to the final song . There’s gotta be two more people that will join in and boom You may have six or seven people because it’s the deadline and they want to get into the last second . And you do that every hour until you get to the end . Then pretty soon , like , Hey , we’re at 90,000 Were working the last 10 grand .

Check out the Full Chat here…